About Turtle Club Us

We Turtles are working to bring laughter and joy to the world through this long standing tradition.

Thank you to the many Turtles from around the world who have encouraged me to work on building a community. Our collection of like minded people come from every walk of life with a common goal.

On this page you will learn about the origin of the Ancient and Honorable Order of Turtles as well as my orgin story. I hope to learn yours!

You are welcome here. We hope you have fun and get involved.

Ancient and Honorable Order of Turtles

Most credit the founding of the Ancient & Honorable Order of Turtles to US Army Air Corps officers in England during WWII.

Denis P. McGowan is the son of Captain Hugh P. McGowan who was inspired by service club plaques in English pubs to form their own organization. From there it spread through VFW, American Legion, and eventually to Masonic groups.

Join our pond and I will share an even older tale of the founding of the Turtle Order that was shared by a member. I promise to make you laugh!

What Makes us special

“Turtles are bright eyed, bushy tailed, fearless and unafraid folk with a fighter pilot attitude. They think clean, have fun a lot, and recognize the fact that you never get anyplace in life worthwhile unless you stick your neck out.”
per Captain Hugh P. McGowan, U.S. Army Air Corps/U.S. Air Force Reserve (Ret)

Welcome to the Turtle Club US Pond

There are Turtles and Ponds all over the globe. Each Turtle and each Pond will have a unique structure and traditions. At Turtle Club Us it is our goal to help procure more Turtles and create more Ponds. There isn’t a right and wrong way to run your Pond as long as you abide by the philosophy.

Turtles are meant to have fun and be adventurous and maintain a pure-minded demeanor. That is the reason for the riddle initiations, to prove that you have a sense of humor and can answer without being vulgar.

There are many ways to support the efforts of our Pond. Membership is a great start, by completing the Riddles on the Join page and entering your email address you will receive a virtual membership card and receive our newsletter. To receive a member number and a login to the website requires a transaction through the website, including purchasing 62 Dirty Sounding Riddles with Clean Answers for $0 in our shop – no CC required!

For now, we are happy if we can make you smile and laugh a bit. Life can be way too serious! You have arrived at a safe fun place. We are glad you are here and hope you enjoy and join in the fun! 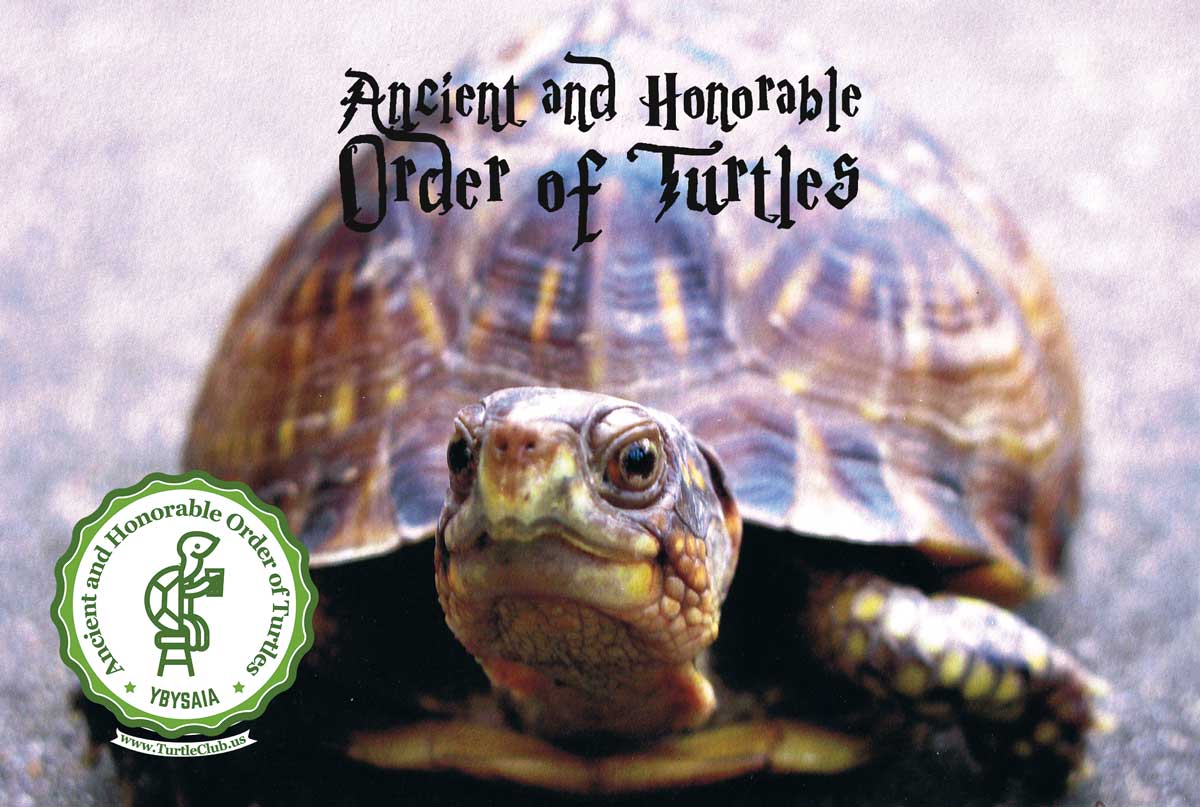 Are You A Turtle?

To become a Turtle is pretty simple.

Answer four riddles with pure-minded answers. In reality, most fail on a riddle or two and need help, but that is ok too. As long as you laugh and try. That is what makes the Turtle Club so special. We embrace diversity. Turtles are all race, religions, gender and drinking preference. Although this began as a drinking fraternity, coffee, milk or tea is just fine too. We don’t discriminate between long necks and stouts. You simply have to be willing to have fun and ask they question of others and begin the fun again and again!

We have created a mobile app, membership cards, lapel pins, postcards, notepads, reference guides and offer various apparel. You can find it all in the store.

For The Ancient & Honorable

While the webmaster of this website has been a member since the 70’s, we don’t have any access to archival data, old membership cards nor can we locate lost Turtles. This is a relatively new venture to have some fun, meet Turtles and provide service to the community. Wish we could help more, we do what we can.
Membership Rank

based on the number of procurements 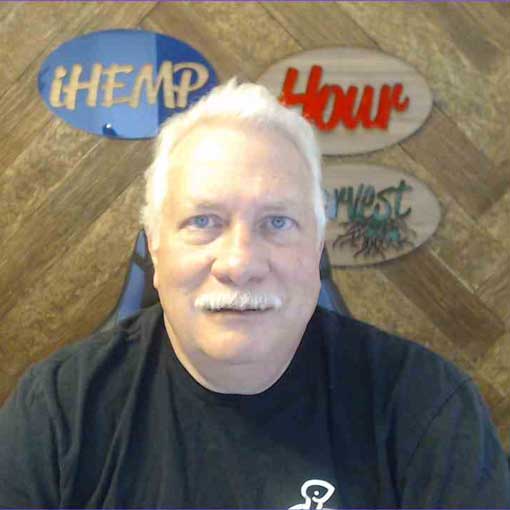 My dad, Don Crabill, was initiated into the Ancient and Honorable Order of Turtles while in the US Air Force. He served in Korea during the 1950’s. The tradition spread from the military into general aviation where his career in avionics sales took him all over the world.

Sometime in the 70’s, I was initiated. I’ve procured many a Turtle over the years and I’ve met some cool Turtles just by chance. On a date, with Sue, I asked her if she was a Turtle and she gave the password! We were both a little surprised at the time and we were married about a year later – in 1984! Wow, time flies!

Like a lot of things, Turtle Club was put on the back burner as we raised our Rocket Scientist son, Jacob. (PHD from Stanford in Aeronautics and Astronautics – I’m a dad, I have to brag)

Then sometime about 2014 I ran into Chris Hamiltion from Old Newsboys of Flint. Chris is a big guy, can’t miss him. Former UM Football champ. Executive Director of Old Newsboys who helps thousands of kids at Christmas each year. Chris procures Turtles like no one I’ve ever met. He has outpaced even Past Imperial status. I wanted to show Chris my old membership card from my dad and discovered that it was missing!

The need for a replacement membership card. That is the inspiration for this site. You see I run a small marketing agency and designing and printing cards was right in my wheel house. So I bought a box of 1,000 folded cards and made them available and started meeting amazing people. The cards sold quicly, so I ordered more and added a few more items. We keep adding more as the ideas from our Pond come in.

While I don’t claim any ownership or special status within the organization, I take pride in helping many procure more Turtles. Join the Turtle Club US Pond and help us bring more laughter into the world!

What exactly are they saying …..

Linda M.
About 50 years ago, my favorite memorable person, my step-mom, inducted me into the turtle club. We shared a magic bond through fun and she... collected turtles from around the world. My step- brother was in Thailand working with a USIS government platform and , joining him at a dignitary dinner, was my dear Winnie. Quietly, she asked a gentleman seated near by ,”Are you a turtle?” Surprisingly he responded correctly and they immediately enjoyed a good, bonding laugh. It is, indeed, an international club. Recently, because I was able to receive a packet of membership cards - for free? What’s that about??🤪 - I inducted 7 of my neighborhood girlfriends into the club, giving them each a membership card. They LOVE IT, and have started posting pictures of turtles and referring to our question in posts. It’s all I can do to keep them from posting their answer, reminding them that they must respond verbally. I/WE love being members of this totally happy social club. Thank you so much!Linda Manka -SCread more

Steven G.
Great experience! Y'all need to all be turtle!

Sharon R.
Many years ago my husband I became Turtle Club members. Throughout the years we have recruited a few new members. We recently had the... opportunity to meet several new people who have fast became friends and Turtle Club members! Thanks for the belly laughs!!read more

Jack S.
Been a Turtle since 1953 and always will be. Trying to add more Turtles.

Nakeyae S.
The website was easy to navigate and to place an order. Mr. David was nice when I had questions about my order status. I would recommend... this site and working with him againread more

Brian B.
Loving it!

Cody M.
This club is amazing I have met some great people through the Turtle Club so far . Anyone that is looking for a Club that can't afford the... dues it the fees I highly recommend the Turtle Club US absolutely free no dues unless the pond your with requires it. As a Master Mason and already familiar with organization this is a beautiful Craft that those can meet new people and no you don't have to drink alcohol but still either way great group of men and woman and if you ain't a Turtle you need to be.
A.Y.A.T?read more